We All Scream for Ice Cream! 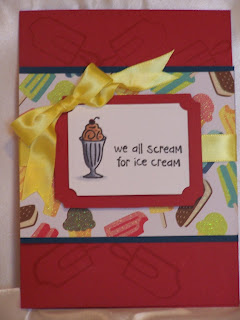 "Life is like an ice-cream cone, you have to lick it one day at a time."
-- Charles M. Schulz

Truer words were never spoken. Sometimes you wind up with Rocky Road and sometimes Butter Pecan. But no matter the issue or flavor you just have to tackle it head on. So with the official start of summer past and the 4th of July on the horizon it is time to scoop out a little bit of heaven. Here's hoping your day is more like Mint Chocolate Chip than Rocky Road! 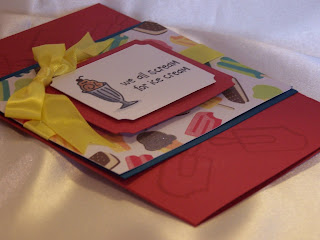 The popsicle image was stamped on the red base randomly with Versamark. This technique is a cool way to make custom backgrounds! 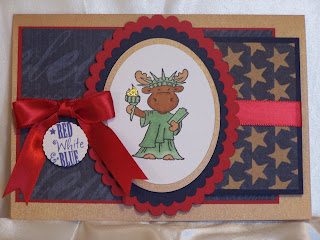 In June of 1788, George Washington sent a letter to General Benjamin Lincoln, who had accepted General Cornwallis' sword at the surrender in Yorktown.

"No Country upon Earth ever had it more in its power to attain these blessings...Much to be regretted indeed would it be, were we to neglect the means and depart from the road with Providence has pointed us to, so plainly; I cannot believe it will ever come to pass. The Great Governor of the Universe has led us too long and too far...to forsake us in the midst of it...We may, now and then, get bewildered; but I hope and trust that is good sense and virtue enough left to recover the right path."

Land of the Free 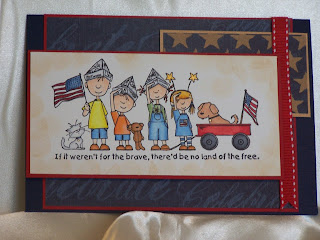 "When in the Course of human events it becomes necessary for one people to dissolve the political bands which have connected them with another and to assume among the powers of the earth, the separate and equal station to which the Laws of Nature and of Nature's God entitle them, a decent respect to the opinions of mankind requires that they should declare the causes which impel them to the separation.

We hold these truths to be self-evident, that all men are created equal, that they are endowed by their Creator with certain unalienable Rights, that among these are Life, Liberty and the pursuit of Happiness. — That to secure these rights, Governments are instituted among Men, deriving their just powers from the consent of the governed..."

What powerful words! A group of men risking everything to stand up for what they believed in. Don't be mistaken... Washington, Franklin, Adams, Jefferson, Madison instantly became traitors... The British Crown most certainly had put a price upon their perfectly wigged heads. These men wanted a country where aristocracy was no more. A land where people could become anything they wanted... And if they worked hard anything could happen. I am so blessed to live in this wonderful country. I had the opportunity to go to college and make something of my life... not because of where I came from but because I worked hard to achieve my goal. Thank you to those brave patriots and to those who fight on today so freedom can ring! God Bless America! 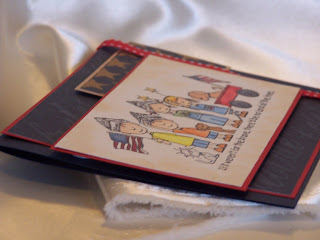 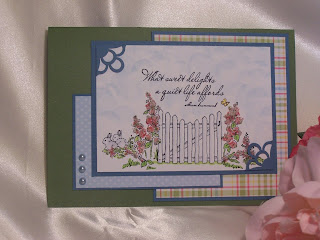 I'm finally back in Kentucky! I am so glad to be back and crafting again. My jaunt to the Sunshine State left me brimming with new ideas and color combos. Saturday I began implementing some of those ideas. I worked on this card last night and intended to finish it today. Well, amazing how things work out... One of those sweet delights I hold close to my heart is our dear pastor of 22 years. This morning he announced to our congregation his intention to accept a pastorship at another church. This is so bittersweet for me. Pastor was my first friend when I came to that church over 7 years ago. He married my dear husband and I. We will miss him terribly. I know that God has called him down a new path but I am sure he will be just as much a delight in his new church as he has been to ours. Ironically he is going to Florida... guess I might get to visit there again! Hope you have a wonderful and blessed day! Enjoy...

It seems like the last few posts have involved flowers. This time of year is wonderful if you like to get your hands dirty and garden. The purple coneflower and hollyhocks are in fine form at my house! But the sunflowers are standing tall and ready to bloom. I hope to get back in time to see them spread their beautiful petals. There is something so cheery and bright about them. It is almost like they are smiling back at me!

I hope you enjoy this card. I will be taking a business trip during the coming days and will be unable to craft. (insert very sad face here)... But the upside is I will be in Florida and will have some time at the beach to enjoy the sun. Fortunately the area I will be in has not been affected by the oil spill. My prayers go out to all those who are suffering right now. We need to lift them up in our prayers each and every day! See you in a few days! 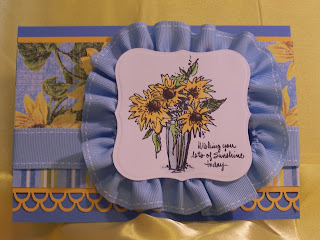 I took one of the threads and pulled it to gather the ribbon. I then adhered it to the die cut back. The images is popped up with several pop dots to accommodate the ribbon. I used 3 popdots stacked on top of each other to attach the die to the card!
at June 19, 2010 No comments:

My mom raised violets in our kitchen window. I remember white, pink and purple blossoms straining to reach the sun. Mom pampered those plants. She told me they were "temperamental" and couldn't stand extremes. She carefully measured how much water they received and moved them from spot to spot in the window to make sure they received the perfect amount of sun. I decided then that I did not have enough patience for such nonsense. Sad isn't it? When I saw this stamp it reminded me of those childhood days. True to my word I never raised violets. They took too much trouble. But the question is... what beauty and wonder did I miss? Blessings to you as you discover the beauty around you... 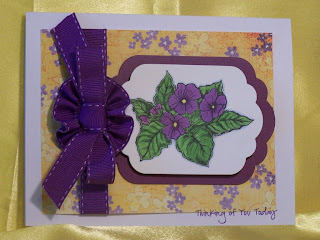 There is nothing more lovely than a little girl in a beautiful dress. I particularly love those beautiful green and velvet ones that come out at Christmas time. I suppose this goes back to my own childhood. I loved to dress up in fancy clothes. Many times this was a figment of my very active imagination with the help of my mother's lace curtains of course... So when I saw this stamp at Susana's Custom Art and Card Design I fell in love. I hope I never lose that sense of wonder and imagination! 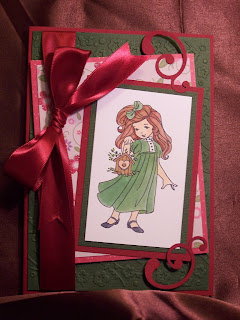 That was an interesting teaser! What in the world would a hot air balloon and cows have in common? Check my final photo out! 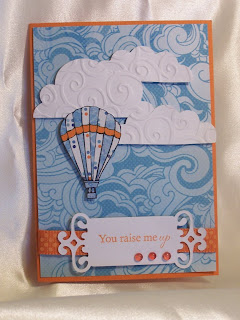 Well for one brief evening two summers ago in my part of the world a great deal. You see we have a hot air balloon race here in our area the first weekend in August. On this particular evening my hubby, mother and I gathered on our front porch to watch the launch. Keep in mind that the balloons took off over ten miles away! But as luck would have it and the shifting winds, the balloons got closer and closer! So close in fact several began landing on the property next door much to the chagrin of the neighbors beef cattle! It was an exciting evening for all. People pulled in our country lane to watch the parade of landing balloons and for a little while the world seemed a little smaller. Here's to another wonderful summer chocked with family, friends, lemonade and those wonderful lofty balloons! The above card is an interpretation of that wonderful season called summer... 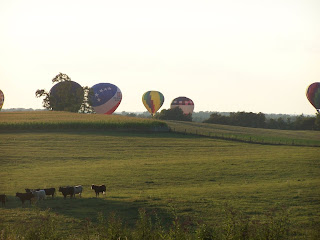 There is something about Granny Apple Green that just brings a smile to my face!  When the first signs of Spring appear you are sure to see... 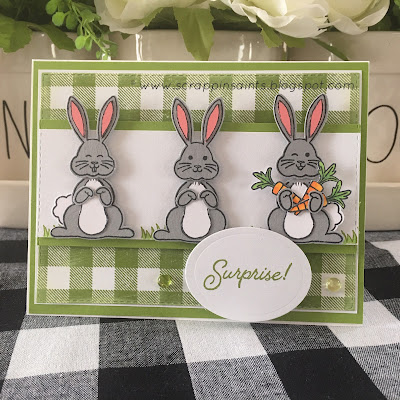 Saints Rule!
Thanks for taking a few moments to visit my blog! First and foremost I am a child of the King. And there are other facets too... wife, stepmother, daughter and guardian of 4 St. Bernards! I hope that you take away something from visiting today and as always I appreciate your feedback! Blessings!

In accordance with FTC16CFR, Part 255, I declare that I currently receive or have received products that I promote and endorse for free or at a discount from the following companies: Our Daily Bread Designs, North Coast Creations, Paper Sweeties, Stampin' Up and Verve . These companies generously supply me with complimentary products for promotional purposes. My enthusiasm in promoting their products does not stem from the fact that I am compensated by them, but simply because I love their products and feel their product lines and services to be superior in this industry. 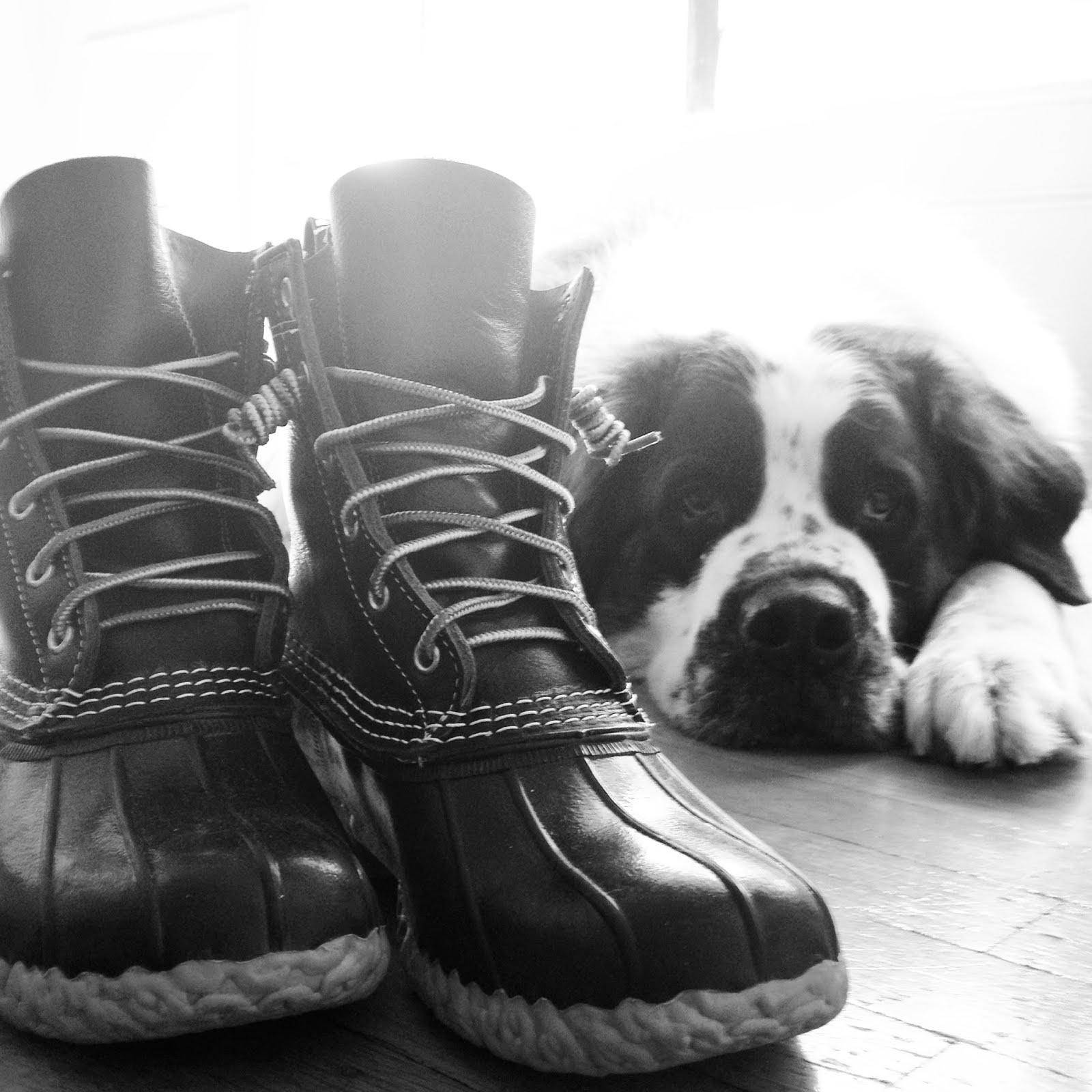 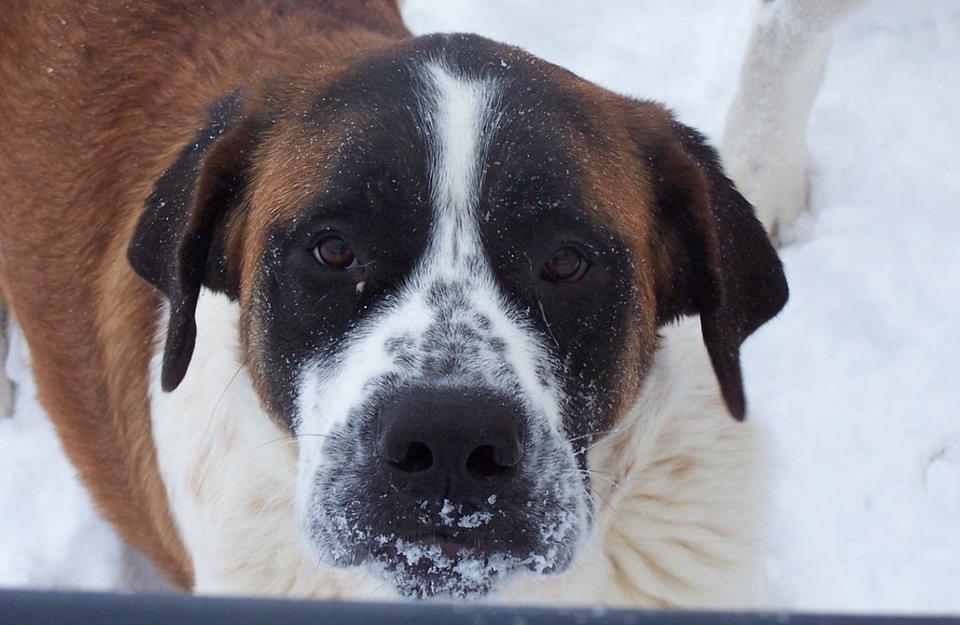 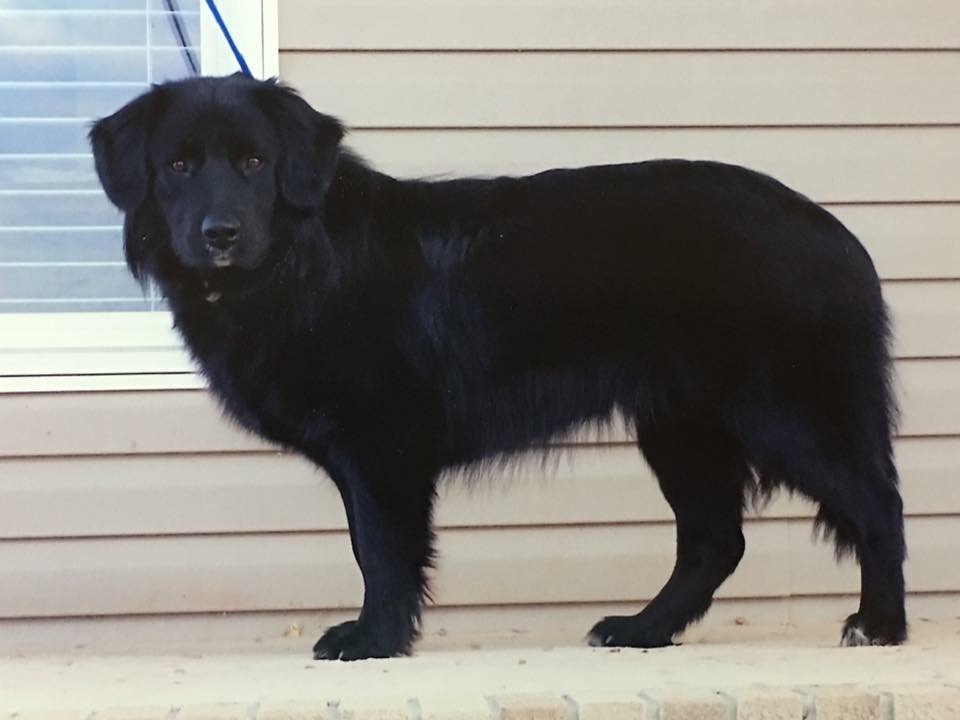 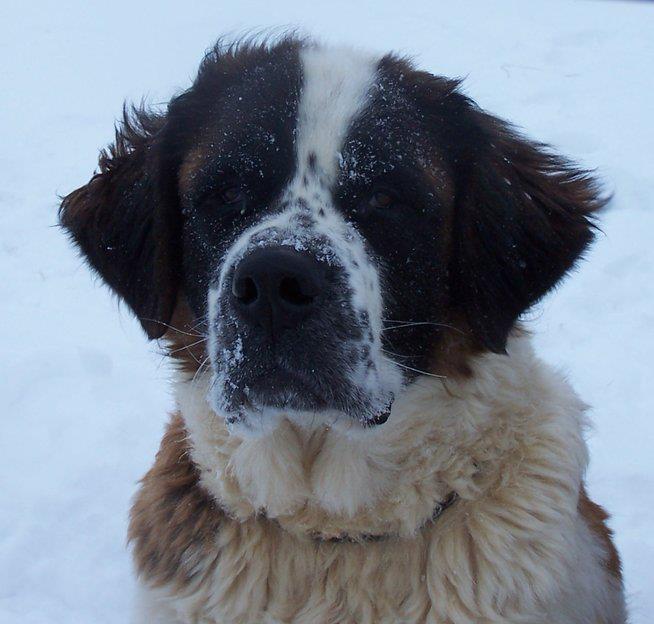 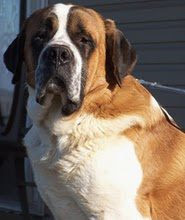